I'm adding a new piece of data for this game. First I need to give credit to my colleague Eric for originating this idea!

I expect a lot of World Cup fans don't have a direct rooting interest in Honduras vs. Ecuador, so I'm here to try and help you find one! I wanted to know how this game affected other countries chances of winning the World Cup, so I did some digging. I ran 30,000 simulations of the remainder of the World Cup, recording how often teams from each country won in the event of a Honduras win, an Ecuador win, and a draw.

So! If you're wondering who to root for, just find your country below and look at the column it's in, and root away. 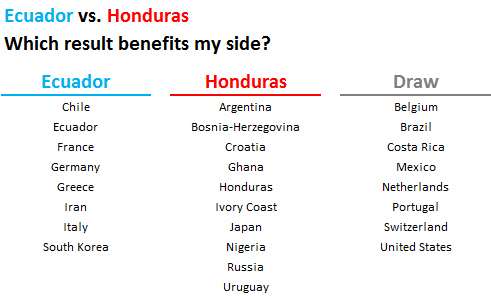 Note that there's some potential noise. It is a simulation results and at the margins it's possible that, when it's close, a county could happen to end up on one side in one simulation and on another side in another simulation. I've tried to minimize it by running a large number of sims, but it could still be there. 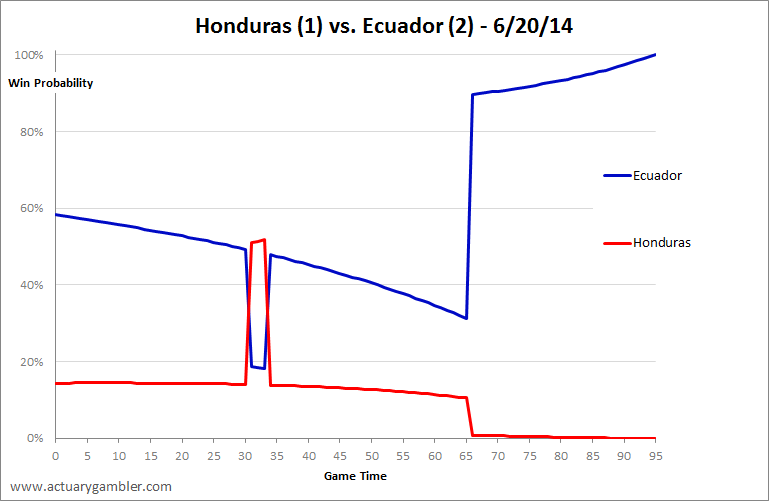 Either team with a win would really improve its lot for advancing out of group play. OTOH each team is o-u-t out with a loss

Honduras favored to win a low scoring affair, but 0-0 draw is the second most likely outcome so buckle your seatbelts! 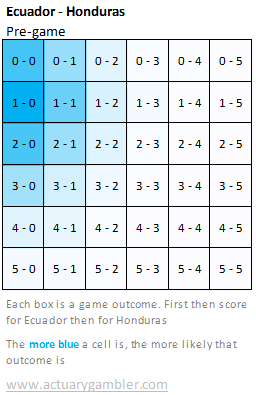