Ghana vs. USA THIS LAND IS MY LAND 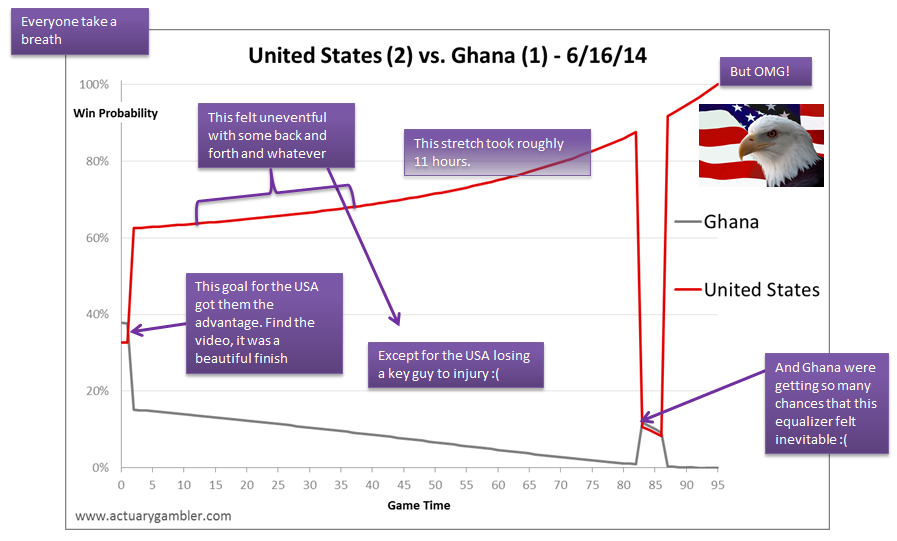 It's a long post so I'll start with a summary:

This being the first World Cup game for the Boys in Red, White, and Blue, I did a few extra maths. First, the Predicted Outcomes chart we're all becoming familiar with. 1-1 Draw is the most likely, but it's basically a horse race (just like this game!) between 1-1, 1-0, 0-1, and 0-0. Here's to the USA ending up on the good side of this coin flip. 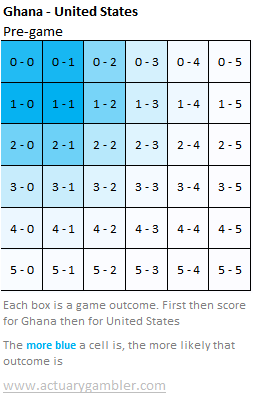 Each of the 9 boxes in this 3x3 grid represents a potential outcome for tomorrow's two Group G games. You read this by finding the intersection between the two outcomes you're interested in. So if the USA game ends in  draw (3rd column) and Germany wins (1st row) then the USA would have a 22% chance of advancing from the group stage. Yeah?

The takeaway here is that United States fans clearly need to be rooting for Germany in the 9am match. If the US Teams wins or draws their match, they'll be measurably better off for Germany having won. It makes sense (to me) - Germany is Boss and the favorite to win the group. USA is competing with Portugal and Ghana for second. Bad for Portugal is good for USA. 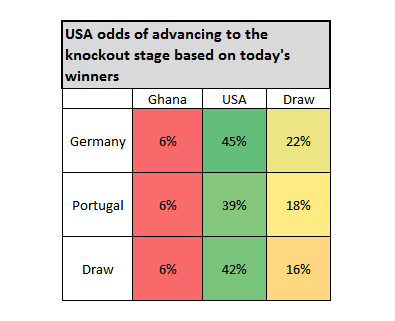 Lastly, (for a reason, sigh) I wondered how the overall chances were looking for the USA in their group of death. So I modeled how likely are they to end at each potential point total. Sign, 1 is the mostly likely outcome followed closely by 3.

I am saying there's a chance they get 9 points though! A chance! 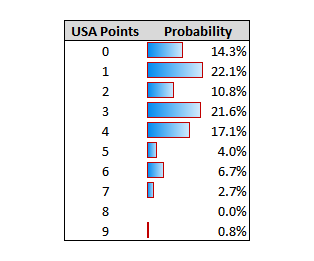