What a terrible start :(

In (better?) news, for this USA#1 GAME I'm adding a live advance probabilities showing all Group G teams. Check it out! (although I'm a little sad looking at how quickly that blue line has fallen off. 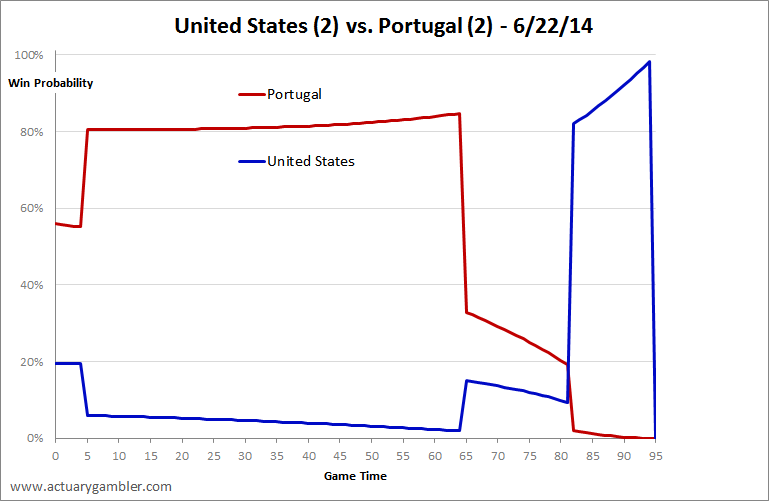 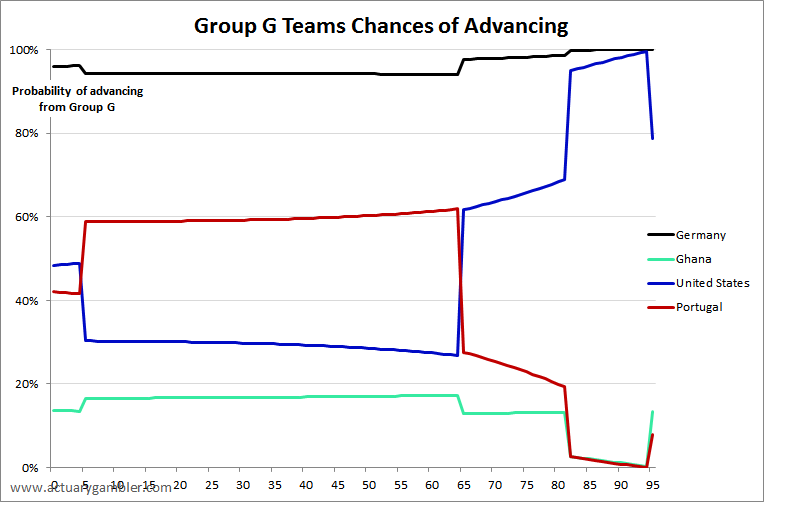 HOLLLLLAAAAAAAAAAAA! United States - underdogs of all underdogs (unless you count population, defense spending, or GDP) face off against Portugal AKA the Team Last Seen Conceding 3 Goals and Getting a Red Card All In 45 Minutes. Maybe that nickname is too long.

The USA team come in as underdogs, but that's OK. They were underdogs at Yorktown too. Let's start though, with looking at USA advancement scenarios. I built my usual 3x3 grid, but instead of looking at two games from one group, looked at the two remaining USA games instead. 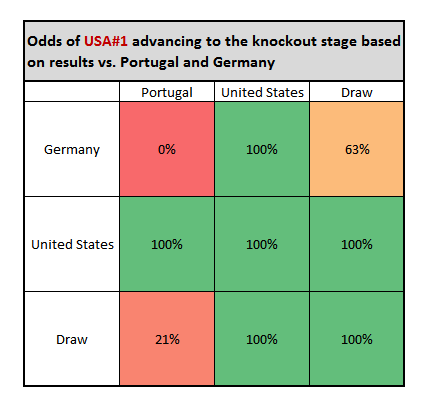 That's a lot of green. Actuarially, that's a lot of green! The USA advance if they get more than 1 point in the next two games! A win against either Portugal or Germany would do it, as would a tie against both. Even if they do only get one point they're still in OK shape!

For the first two games of the day, the model had difficulty identifying rooting interests. This game it was a little easier. 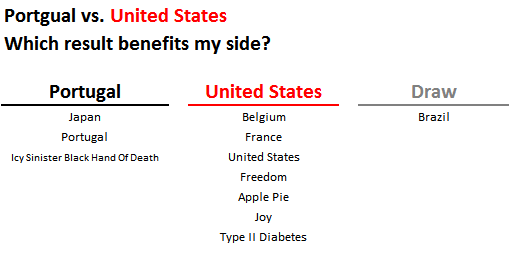 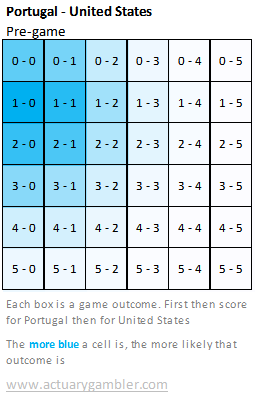