For the main event:

I started looking into it, and then I remembered: anything that's worth doing is worth overdoing. So instead of only looking for how many teams will go undefeated, I went a little further, and made this. It's all of the possible number of losses, by team, in one chart. It shows the likelihood we end up with each number of teams for each amount of losses. For some specific examples: 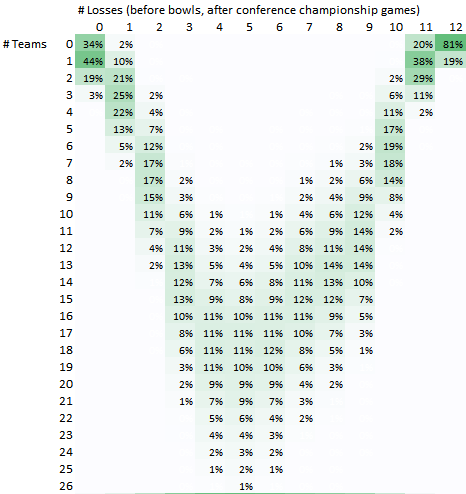 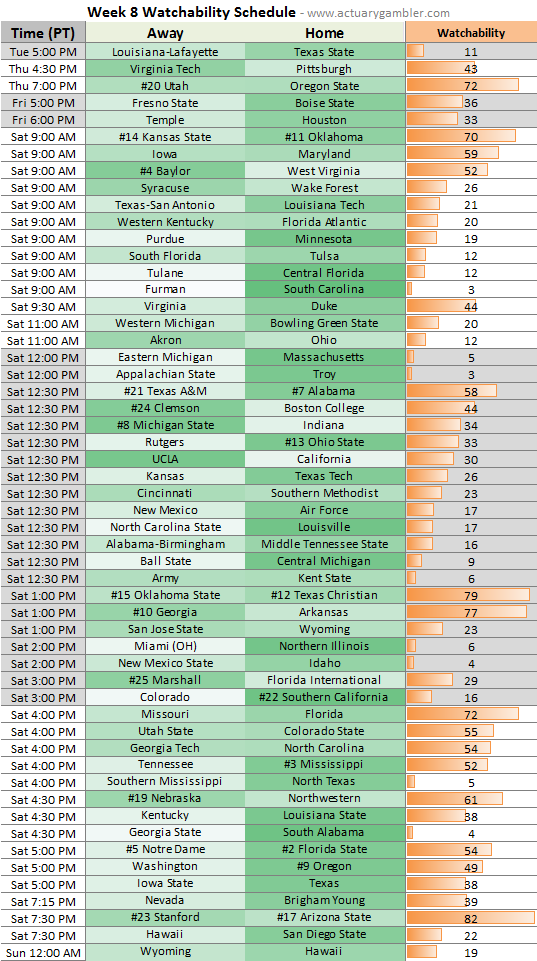