A couple of things before I get started:

This year's model includes an improved module for predicting the CFP committee's votes. Tonight we get the first vote. I plan on watching the committee's explanation for their rankings and continuing to tweak the model as appropriate, but here's its first predicted ranking. I'm not sure what to make of #5. Ohio State, or some of the other placements, but I'm sharing it here and opening myself up for comments/feedback/mockery.

The teams are graphed based on their CFP Predictive Score, which is a combination of power rating, accomplishments, loss penalties, and win bonuses. I've chosen not to show the y-axis because the number value itself isn't meaningful yet. For now, it's simply a way to  establish where teams should be ranked and how far apart they are. 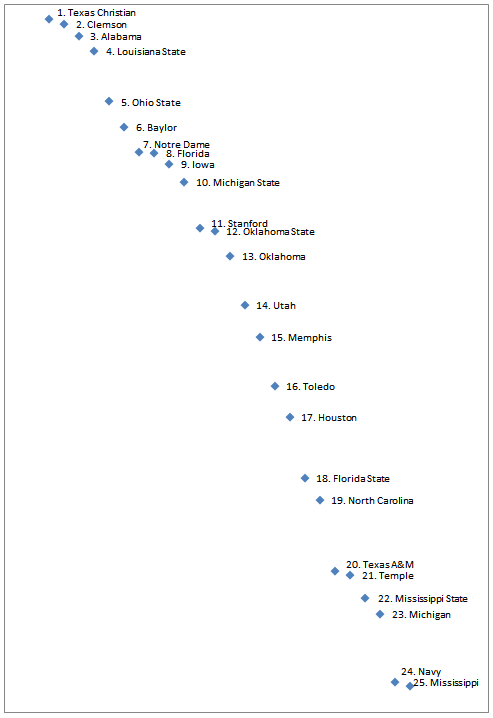 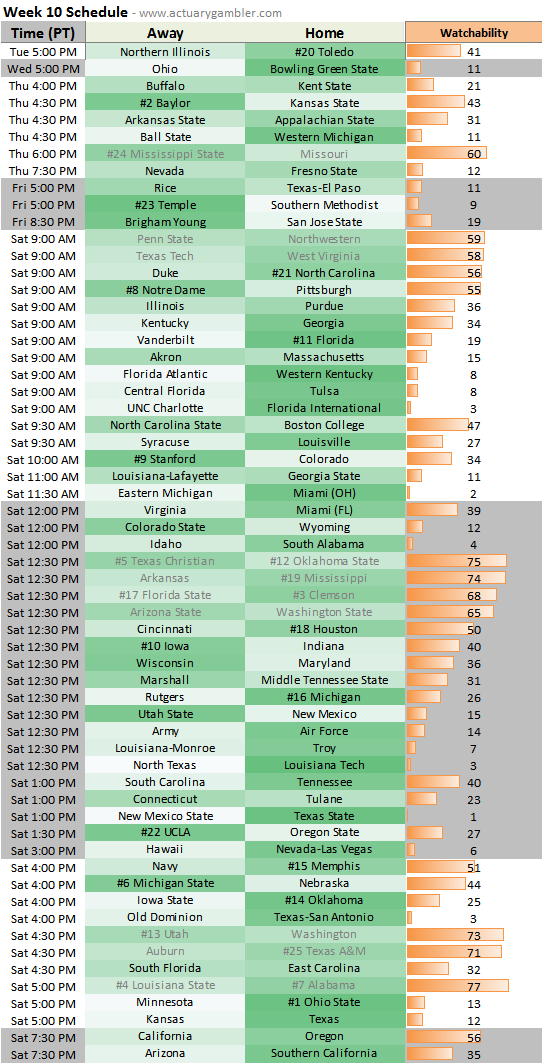