First in-game update.  Belgium are down to 44%

HT update: Draw is now the most likely outcome (barely!)

80': together the teams have about a 1 in 4 chance of changing this result 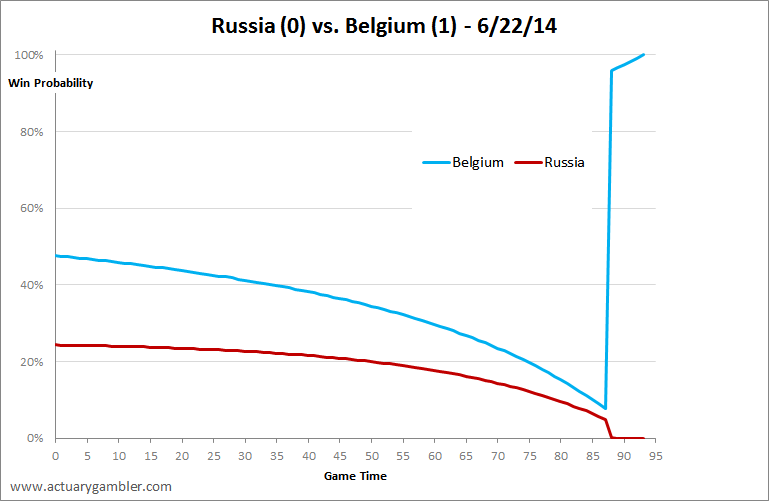 The first of 3 tightly contested games! Not only but 2 of those 3 games seemingly without a lot of championship implications, as evidenced by the short list of countries on the "Who Should I Root For" tables. Personally, I'll be root for the nation in this contest which makes better beer.

Interesting and varied looking grids for this one! Other than Belgium locking up a spot with a win, everything is up in the air. I think Russia would probably be best spending its time rooting against South Korea (dark red box on the left side of the Belgium grid)

Looks like a low-scoring sleepy affair. Especially with each team being OK if it ends a draw. 0-0/1-0/1-1 all roughly equally likely. 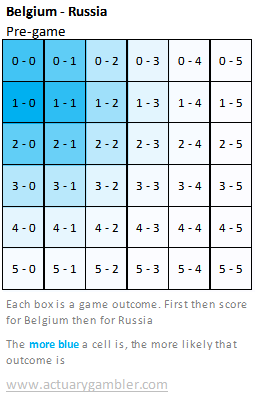