See the updated 3x3 grids below, these two teams are playing the most even match of the day, for the biggest next-round stakes of the day 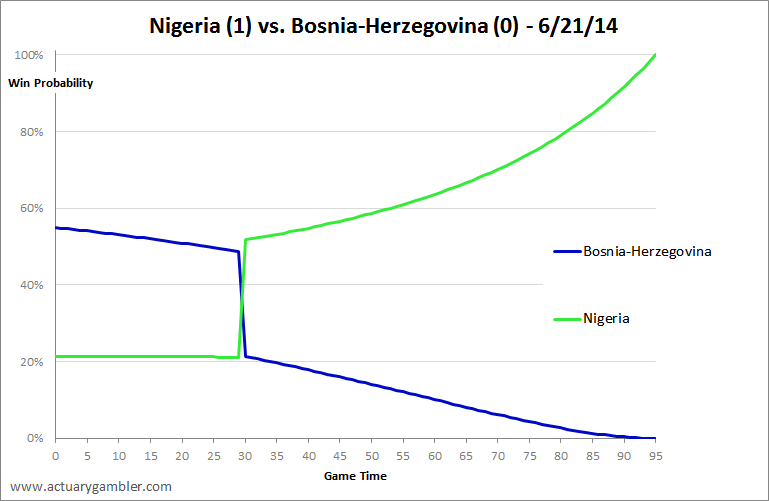 Pre-game
The 3x3 advancement grids for this game surprised me. This game factors massively in who advances from Group F. Bosnia moves into very strong position with a win, but Nigeria does the same with a win of their own. Not only that, but  Nigeria win would would 100% eliminate Bosnia, and nearly vice versa for a Bosnia win. These teams should be going all out!

USA#1 fans get to actually root for the favorite in thos one (kind of a weak favorite though), but still! I'm also still bitter at Nigeria for snubbing noted Seattle Sounder Obafemi Martins.

Bosnia is kind of a weak favorite (at least to get the win, they're just over 50%. to win, and those squares in the 2x2 dark blue part of the grid (half a win for Bosnia-Herzegovina, half a time) are all nearly exactly equal 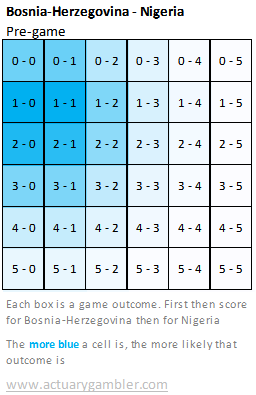