I've updated the way the model does CFP projections. It's based on adding what we've seen so far from the committee to the prior algorithm which was based on polling and the BCS. It's still a work in progress and much uncertainty remains with the committee (i.e. how will they value conference championships), but I feel good enough about its output to start sharing.

I thought it would be interesting to look at some of this week's upcoming games and how they impact the CFP. In the chart below, I listed each team with a non-zero chance at making the CFP, their chance of making the CFP if they win (in green) and if they lose (in red) 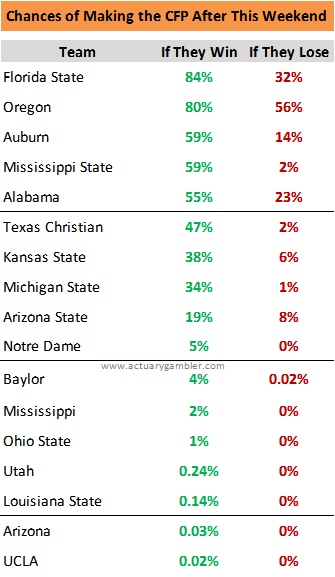