Earlier this week, I published some data showing what would happen to the CFP chances of top teams if they win or lose this week. For example, TCU currently stands at 29% to make the CFP. Should they beat K-State this Saturday, their odds will rise to 47%. But should TCU lose this weekend, their chance of making the CFP will be just 2%.

I transformed those numbers (with super serious math) into a measure that expresses the leverage of this Saturday's game for TCU. If TCU wins, 47% to make the CFP. If they lose, 2%. That makes for a leverage score of 45. Winning or losing on Saturday means a 45% swing in TCU's chances to make the playoff.

I calculated that leverage score for every team & game, and added them to a new column on the Watchability grid. Let's look at the top 10 games. 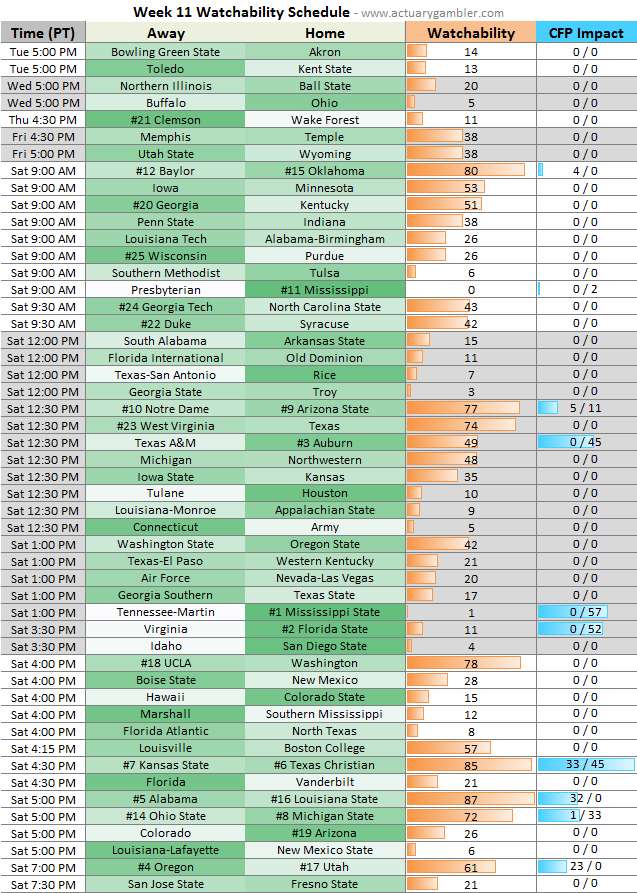