Good morning good morning! Thanks for stopping by.

As I used my College Football Team Dashboard, I often found myself wondering about things that weren't shown. The dashboard is a snapshot of a team's current state, I wanted to know where teams had been and where they were going.

So I built an Expanded Team Dashboard. It's meant to complement the original team dashboard and there's very little information that overlaps between the two.

It's too wide for me to do my traditional blue text & arrows, so bullets will have to suffice.

Rice is chosen as my example team to remind a certain good friend how terrible his college is at football. Go to the bottom of the page to see the Rice example.
Any other questions? Let me know.

Check out the Rice dashboard below then head here to make one for your team.

I hope you find the new extended dashboard as interesting as I do! 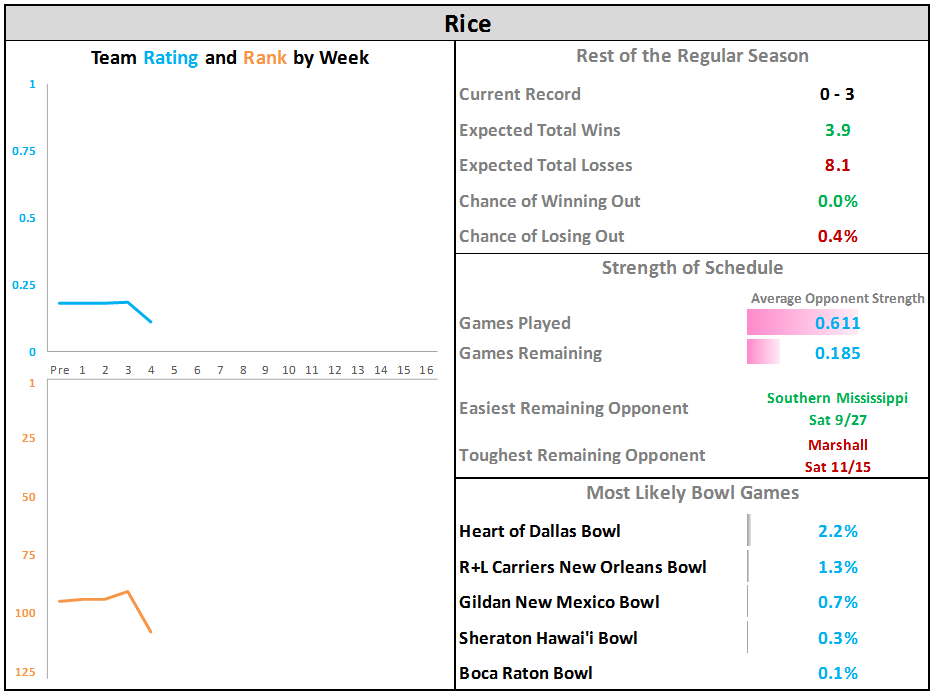