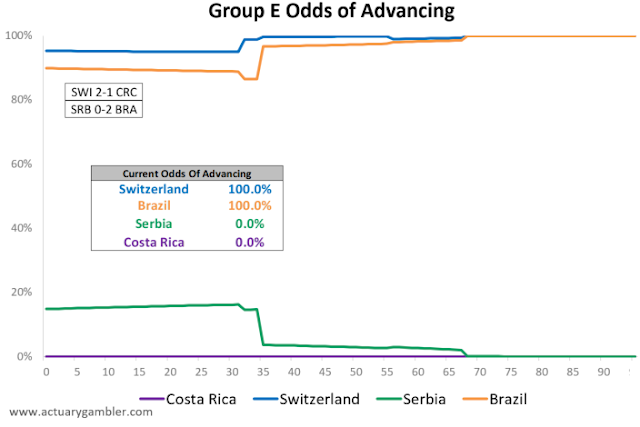 Has everyone taken a few deep breaths after the crazy Group F games? Good. It's time for two more in a group that has been very balanced if you don't count Costa Rica.

Each of Brazil, Switzerland, and Serbia can advance with a win. Brazil can also advance with a draw (vs. Serbia). Any other scenario and we start to get into messy tiebreakers, but once again no worries; I've got them all coded up.

As a refresher, here are the tiebreaking procedures: