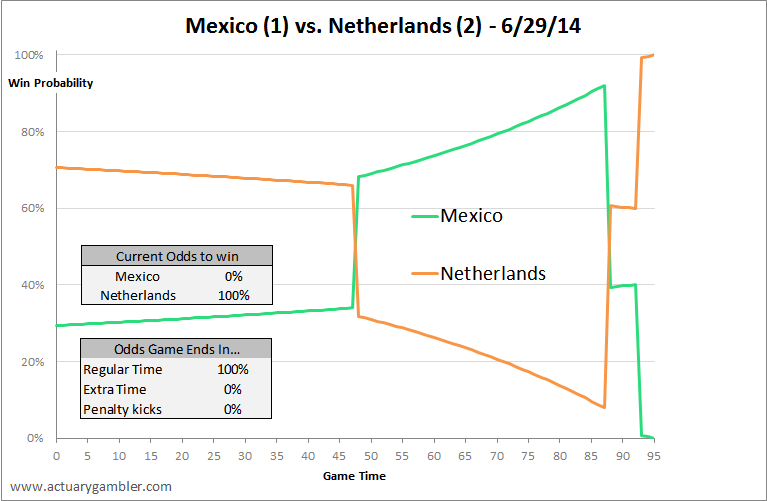 I'm not sure why but I think if I had to root for a team other than USA#1 it would be the Dutch. Partly because they rock such orange uniforms. In honor or de grote oranje I switched up the color for the pre-game heat map. 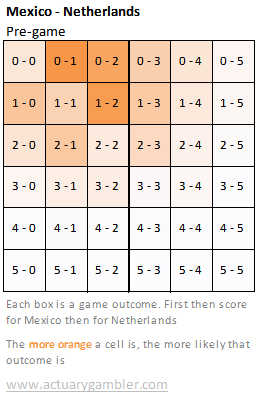 I got some feedback that multi-color might work better, so I tried that out, I do like that it's a little easier to distinguish between, say, 0-5 and 1-5, but I think it adds too much complexity. I really value the clean single color look for the heat maps. Just wanted to share, let me know if you feel strongly the other way.