The first CFP rankings came out today. About an hour ago. I've got an exam tomorrow and won't be doing much work, but I wanted to at least post the following comparison between my model's current ranks and the CFP. 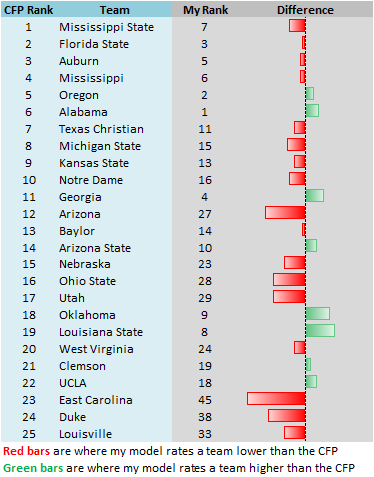 A handful of thoughts:
What did everyone else think?