I was asked to publish a list of teams with the best chance to qualify for this year's CFP based on the CFP predictive model described in this post. I made that list, but decided to take it a step further. I added some outputs to this week's simulation that let me calculate not only what a team's current CFP odds are, but what they are if that team wins their week 6 games. 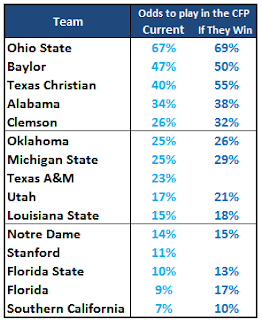 TCU and Florida have the most opportunity to help themselves this week. Both teams have road games against good opponents, so this makes sense to me. As we approach the end of the season I'll be looking to publish more outputs from the CFP model; I welcome comments/compliments/complaints.

Not a lot to say beyond the CFP stuff. I think this is the week Cal gets outed as pretenders. Both Team Dashboard and Expanded Team Dashboard pages are updated. I added a link to the Expanded Dashboard to the "Everything College Football" section.  Go Dawgs. 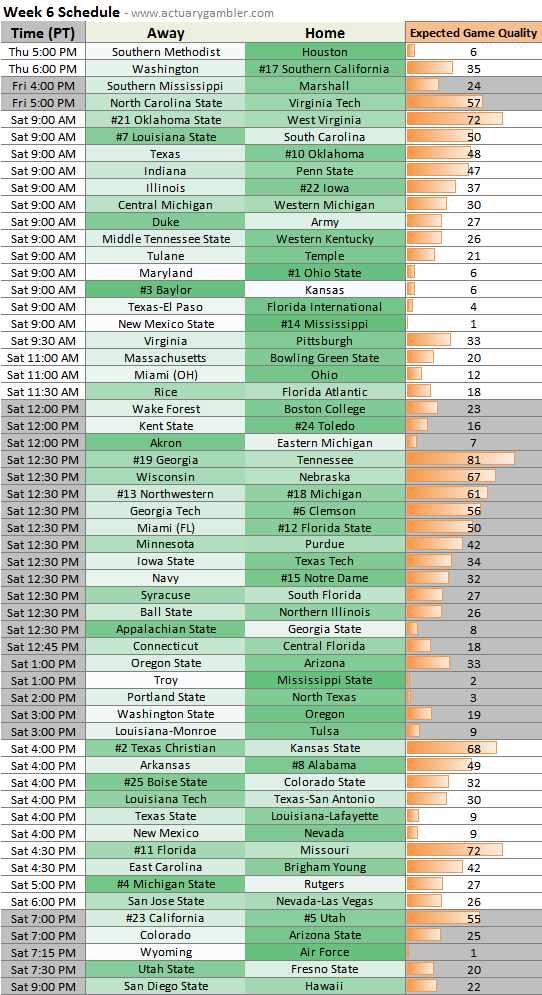 Notes on the data presentation
Posted by Patrick at 10:56 PM