It certainly has been a surprising season so far. Miss State >>> LSU, Maryland > Texas, Baylor, Purdue >>> Missouri, and TCU > OkState to name a few.

I love weeks like this with ranked teams going on the road against decent power 5 teams. Two weeks ago that gave us San Diego State upsetting Stanford. Really, it feels like any of the top 5 games could go the same way.

Now that I work at Facebook (in case that's news I'm started there two weeks ago as a data scientist!) I'm trying to embrace the move fast & break things culture. Often during weekly updates I screw around in the model and do random analysis that's interesting to me. In the past I've thought hard before hitting publish, but why? So in that spirit, here's one I did this week.

After each week's games, the model updates team ratings based on how much they under/over performed expectations. The expectations are based on Posterior Win Probability, which does a great job evaluating team performance without giving too much credit for blowouts. Put another way, if a team is expected to win by 7 but they lose by 24 that's a big deal and the model treats it that way. But if a team is expected to lose by 30 and they lose by 60, that's less of a big deal.

Tl;dr: these are the games so far this year the model found most surprising. 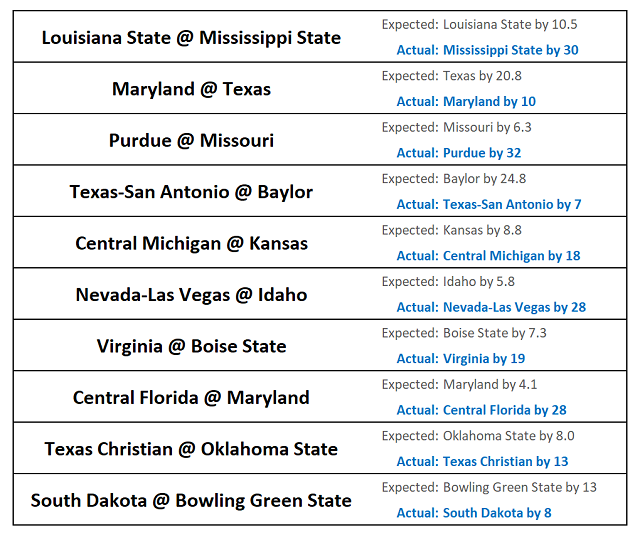 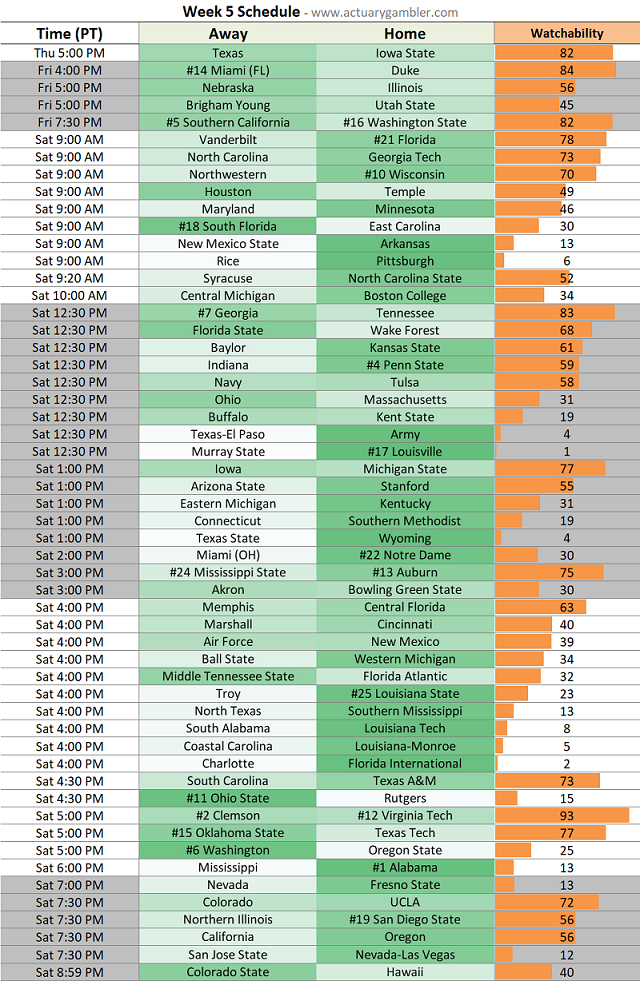