The final group games are all about advancing. Group A was boring - we already knew which teams were advancing before the games began. Group B is not so boring. Sure, it's most likely Spain and Portugal advance, but Iran could advance!

Instead of the standard in game graphs, I like to switch it up for the last sets of games and show the odds of advancing for all 4 teams in the group, and how they change as the games progress. 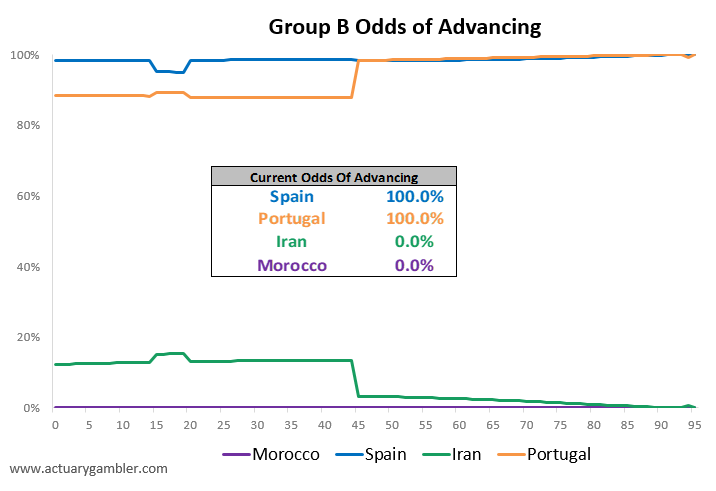