Rubio can't quiiiiiiiiite close it out yet.

Been this way for about 20 minutes too. 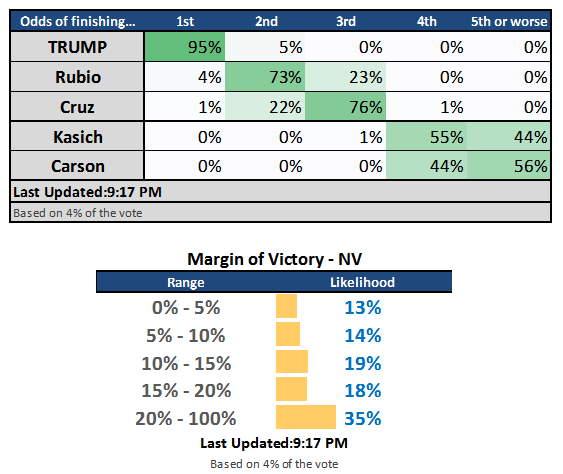 Tonight the GOP votes in the Silver State. As per usual I'll be running my bayesian model and posting updates showing who's up, who's down, and how much TRUMP is crushing.

Nevada might turn out to be a little tricky, The model uses county level results to learn and update its estimates, and in Nevada two counties (Washoe and Clark) have almost 90% of voters. But we can always try!

Here's where we're starting the night: 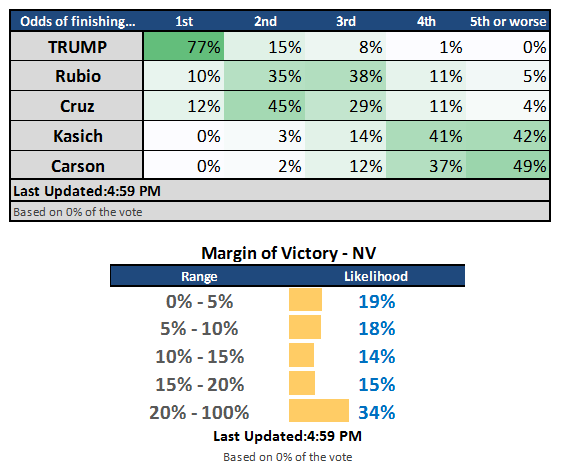